I recently gave a presentation at the German School in Washington D.C. about cyberbullying and its impact on teen anxiety and depression around social media.  Since the use of social media is so prevalent among teens, it is very easy for them to be the targets of cyberbulling.  Unfortunately, cyberbullying is very hard to combat because the huge freedom, aided by anonymity, that comes with being able to access social media by using screen names, profiles, avatars, etc.  Cyberbullying exists in multiple forms, however the most common forms are "direct attacks" where an individual openly attacks another individual, and "indirect attacks" where someone may incite others or a group to post hurtful comments and target an individual.   Cyberbullying is highly effective in large part due to the rapidity and reach with which information gets shared; with certain forms of social media, such as Twitter, Instagram, and Kik, one post or comment can reach hundreds of people at the same time.  Damage control can be very daunting if not impossible. 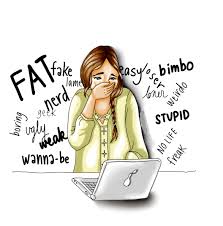 Cyberbullying is a growing issue among teens with autism spectrum disorders.  Due in part to difficulties processing and using appropriate social cues as well as their difficulties in maintaing social relationships around having to manage such stressors, many teens with autism rely on social media and the internet to stay connected with friends.  For them it is much easier to speak with someone through text than in person where they have to interpret and process body language to make an appropriate response.  Given their reliance on such technologies, they also increase the liklihood of exposure to being bullied; in other words, they are easily accessible.
Unfortunately, schools cannot do much to curb cyberbullying.  Unlike in-person bullying of teens which occurs in the school and can be controlled, most cyberbullying occurs outside of school hours.  Most schools provide some education around internet safety and have counselors to help address anxiety and depression around school and school-related social issues; however beyond having access to some resources such as digital citizenship courses, there does not appear to be a unified approach to handling the issue.  Parents can help by being available to listen to their teen about the importance of social media in their lives and the need to be accepted by their peers.  It is easy enough to say "Don't use social media", but when that is the tool being used to communicate and keep friendships strong, as well as getting validated as a good person, reality is not as easy.  A good idea being suggested in many circles is to help your teen find opportunities to engage in in-person activities such as clubs, sports, etc. where they have to communicate with people and have the opportunity to build their self-esteem and confidence through in-person validation.  Teaching teens about self-acceptance, the feelings and thoughts of value and worth, that are internally generated, as opposed to externally generated as with self-esteem, boosts resilience and can help them move beyond relying on others good will through social media to feel positive about themselves.  Decreasing access will go a great ways to decreasing exposure to cyberbullying.  However, recognizing that teens cannot be kept away from social media, it is suggested that parents help their teens develop that strong self-acceptance so they can handle instances of cyberbullying if it ever happens and not let it affect them. 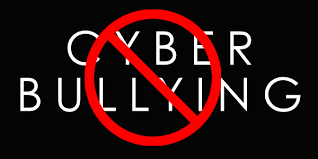