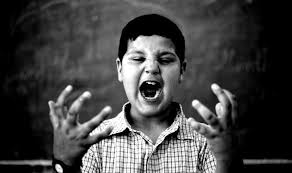 I hope you are all well and enjoying March, and if your child's spring break is here, or coming soon, that it is an exciting time for everyone.  I have been getting a number of questions lately from parents about instances of sexual abuse in children with autism where aggression has become a major problem behavior, often replacing more appropriate coping mechanisms the child is capable of utilizing. Parents have reported that the aggressive behaviors are often sudden and with little or no warning.  One parent even mentioned that the instances of her child's aggression, who had been abused by a neighbor, seemed to "appear out of the blue" for no reason.  This particular parent, as many in her situation with an autistic child abuse victim, or any child in general, became very upset and would often get angry with the child and punish them; of course the issue got worse and did not resolve itself.  Why is this happening and what can be done about it?  The answers and possible solutions are very extensive and encompassing, so I am offering some suggestions and thoughts for parents on possible causes of their child's aggression based on my experiences working with these child victims, existing literature, and observations.  These suggestions are also very appropriate for children who have not been victims and children with "typical" development.
In addressing the confusion of parents whose children seem to resort to aggressive behaviors instead of more developed, higher ordered coping mechanisms, it is critical to remember that a child with autism who has been sexually abused, will often display more or less frequent instances of aggressive behavior depending on several factors.  These factors include their verbal vs. non-verbal abilities; their ability to utilize language appropriately; their socio-emotional functioning; and self-regulation abilities.  Children with autism experience difficulties and limitations in all of these areas, which may contribute to the instances of aggression.  For example, research has indicated that children who are non-verbal experience greater difficulties expressing themselves without aggressive outbursts due to a lack of verbal communication ability that overlays underlying processing deficits.  Given the difficulties of processing external sensory inputs with the myriad of complex emotional responses brought on by triggers reinvigorating the abuse experience, no wonder it is easier for a child who is non-verbal to hit or scream, or bite themselves to turn the volume down than it is to take time to utilize coping skills. 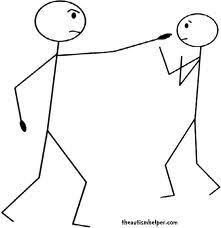