Addressing Parent Concerns About Social Skills With a Game

Hello everyone.  it has been a little while since my last post.  I have been attempting to find a way to address a recent request from several parents whose teens with autism I work with on learning and using social skills.  Much of the concern raised by these parents, and many others of children and teens with autism, is that teaching social skills is difficult to translate from therapy to real-life situations.  This concern is valid for numerous reasons, most obvious of which is that individuals with autism often learn best in an environment with minimal triggers and outside inputs, such as a therapists' office.  In such an environment individuals are having to expend less energy on managing their environment and are more capable of turning their attention to the therapist and the skills being taught.  The individual also benefits from having immediate assistance with self-regulation and managing anxious reactions should the social skill being practiced cause an uncomfortable level of stress.  Also, one skill can be focused on and taught until it has been "acquired" and is used successfully in  different scenarios, contrived in session and occurring in the community.  Practice in a therapeutic is necessary and important, but it does not suffice alone.  What happens when their child or teen finds themselves in a spontaneous social situation in the real world?

That is an excellent question because it hits directly on one of the most difficult issues for individuals with autism: managing unexpected intrusions and responding appropriately.  One of the hallmarks of autism is a very limited ability to use insight and self-reflection appropriately to  gauge internal reactions to formulate appropriate responses; often time the surprise and stress generated by an interaction can be enough to precipitate emotional and behavioral decompensation to the point where an inappropriate response may be given without thinking and/or the situation is "made to disappear" from retreating or attempting to come up with a response to end the interaction.
Often times, social interactions are sought by individuals with autism, however, since they often suffer from an inability to exercise flexibility and adapt to changing situations, their concrete understanding of social interactions such as how they start, are maintained, and concluded, do not conform to reality, especially if the other person shifts the subject or throws in a "curve ball" with unfamiliar body language (this will be discussed in another post).  Body language and other aspects of spoken language such as tone, inflection, and delivery, presents its own set of complex and often confusing signals, which need to be interpreted to make meaning and understand the evolution of the interaction.  Combined with the spoken aspect of the interaction, the flow of inputs needing to be processed, especially in individuals with autism who often struggle with cognitive processing difficulties, can become unbearable and result in being perceived by others as being awkward, unable to relate to others (especially if their conversation repertoire is limited), weird, and the list goes on.  Consequently,  many seek to avoid social interactions altogether.  Remember that most children and teens with autism are not loners by choice, and that there is a tendency (as these kids develop towards adolescence) for hopelessness, pessimism, and oftentimes, anxiety and depression due to the child’s increasing awareness of personal inadequacy in social situations and repeated experiences of failure to make and/or maintain friendships. 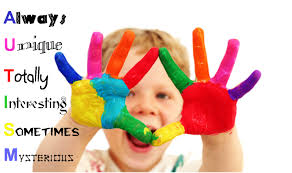 With all of these considerations, I have begun creating a social skills game (un-named as of yet) for children and teens with autism, combining skills practice with real-life scenarios to be developed with the input and advice from clients and their families.  This game does not suppose that children and teens with autism do not have social skills; it merely supports the idea that they need to have positive experiences of success which can come from practice in a group environment with peers.  Taking real-life scenarios, addressed in individual sessions, across a range of different environments such as the grocery store, home, school, vacation, etc., participants will not only get to use existing social skills, they will be able to apply them by acting them out to address the scenario they pick.  Using this aspect of a "pick-your-own-ending" story not only allows greater opportunity for success as there are multiple ways to approach and solve an issue, instead of relying on rote memorization of certain skills.  Such an approach capitalizes on different strengths of participants as well as teaching felxibility and adaptation.  For example, one teen may be particularly adept at handling social situations with adults but may struggle with peers; another may have the opposite issue.  Using an in-vivo group teaching approach to model and mirror different behaviors not only will allow greater variety of skills to be acquired, therefore hopefully targeting the issue posed by limited responses, it will also help generate experience and confidence from success through a greater awareness that they can adapt and solve problems in different ways.  The game will also contain an aspect of discussion about the scenario and observations of participants as well as having an opportunity for questions and suggestions.
I am very excited to be creating this social skills game and would love to hear your comments and suggestions!  I am especially interested in hearing your suggestions for scenarios that can be used.  Thank you for reading!
Posted by Jonathan Rhoads, LCSW-C